The Role of Apology in Leadership 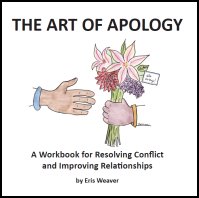 As I wait for the shipment of my new book on apology to arrive…two excellent pieces on this very topic floated through my digital inbox.

Yesterday, Forbes columnist Erika Andersen discussed the role of apology in leadership. I was particularly struck by the connections she makes between respect, responsibility, and courage. She and I are in agreement that it can take a great deal of courage to admit when we are wrong and take responsibility for making it right.

On Tuesday, comedian Jason Alexander apologized beautifully and sincerely for his “cricket is so gay” joke on The Late Late Show. I appreciate his willingness to engage in self-reflection and to check out the effect of his joke on his gay friends, and to then publicly apologize. I can’t tell you how many times I’ve called someone out on a racist, homophobic, or sexist joke only to be accused of having no sense of humor! This guy really got it right.

If you’d like to improve your ability to apologize effectively, you can order my book online here.