The Power of Consensus 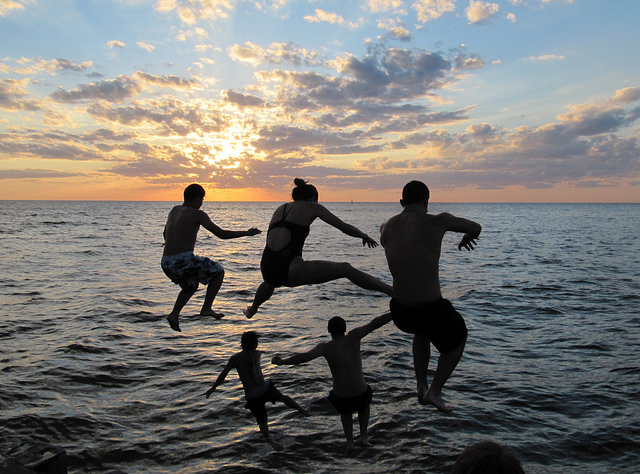 I recently gave a tour of FrogSong, my cohousing community, to a group of local university students. During my talk I shared this story about the power of consensus decision-making. Even though this event happened fifteen years ago, I still choke up in the telling.

Quick background: Consensus, as we practice it, draws heavily on the Quaker model.  It is a group decision-making method in which all present must consent before action is taken. This is NOT the same as unanimity or compromise, and it is totally different from our country’s dominant form of group decision-making, majority voting. It comes from the belief that a simple yes/no vote leaves many still disenfranchised; continuing to work together, refining and amending a proposal, optimally results in a solution EVERYONE can live with and will implement. It requires shared values, commitment, patience, the ability to listen deeply, and the willingness to strive for the best solution for the entire group rather than individual gain.

Our fledgling community, still seeking land, had stumbled upon an apartment complex for sale. It was in the right town, inexpensive, had some units rented and others empty  – it would have been the fastest and cheapest way for us to start living in cohousing. But it was in kind of a run-down neighborhood, not too aesthetically pleasing; some of our group wanted to build newer, greener buildings, with more land, in the country, etc. We just could NOT come to consensus on whether to pursue it. Whenever we called the question, about half the thumbs went up and half went down.

Fortuitously, Rob Sandelin was scheduled to lead a consensus workshop for us that very week!  As we discussed the matter, he said:

You aren’t reaching consensus because you aren’t asking a consensus question.

You’re putting your thumb up or down based on this question: “Do *I* want to live in this building?”

Here’s the consensus-oriented way to frame the question: “Would it be in the best interests of this community as a whole – would it best advance the community’s goals – to buy this building, whether *I* personally decide to live in the community or not?'”

After a moment of silence…EVERY thumb went up.

The power of stepping out of *ME* and into *WE*.

At times I take the blessing of this community life for granted; I so appreciate the reminder of how truly transformative this approach is.

But consensus does always not come easily to we who were raised in a competitive, hierarchical, individualistic culture. Training and practice help immensely.

I will be facilitating a half-day consensus workshop Friday, May 29 at the 2015 National Cohousing Conference in Durham, North Carolina. Come join us, and experience this power yourself!