The Value of a Pie 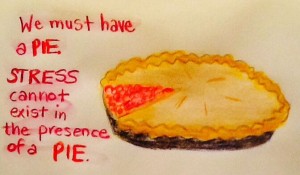 A quick visual exercise can utterly transform how a group understands itself.

I recently worked with a Board that perceived themselves as very divided. One camp was supposedly dedicated solely to the organization’s Program H and placed an extremely low value on Program C; the other camp reversed these values. They told this story over and over again.

However, as I interviewed each member individually, I heard no evidence that their values were so far apart as they seemed.

During their strategic planning retreat, I handed each member Post-it notes and asked them to draw  pie charts indicating what percentage of the organization’s resources should be devoted to each program during three different time frames (now, in two years, in five years).

A huge barrier was quickly demolished, and the group began to see themselves as more of a team. The rest of the day flowed smoothly; disagreements still existed, but there was little heat – they were able to listen to each other and work through them because they no longer viewed each other as opponents with wildly different values.

When in doubt, pull out a pie. 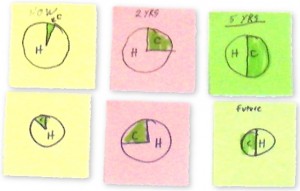